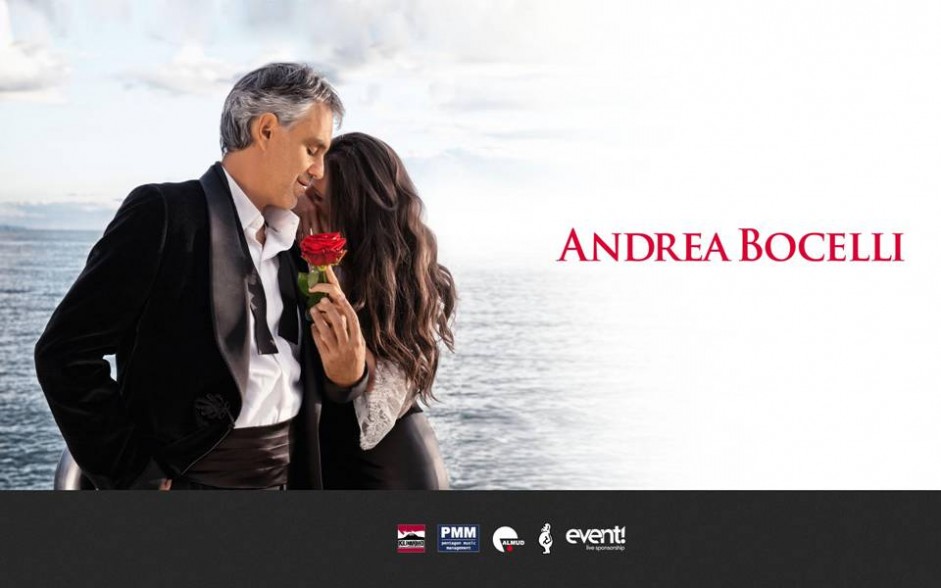 The follow up to Amore, one of the biggest selling albums by a classical artist ever, Passione sees Andrea Bocelli returning to his love of romance, performing some of the greatest songs ever composed and following the release of this album of love songs, Bocelli will be performing at stunning UK venues IN 2013 and will reurn on 2014-15 with new dates and programming.

The biggest selling solo classical artist of all time, Bocelli has performed for four U.S. presidents, two Popes and the Royal Family, as well as at ceremonies for the Olympic Games and the World Cup. He has been praised by such luminaries as Luciano Pavarotti, Franco Corelli, Zubin Mehta, Jose Carreras, Lorin Maazel, Renee Fleming, and Celine Dion, who once introduced him by saying: “I heard someone say that if God had a singing voice, he would sound a lot like Andrea Bocelli.”

UK promoters Kilimanjaro and Harvey Goldsmith present Andre Bocelli’s Passione. The UK tours will engage with the public via a multi platform and fully comprehensive marketing and media campaign.