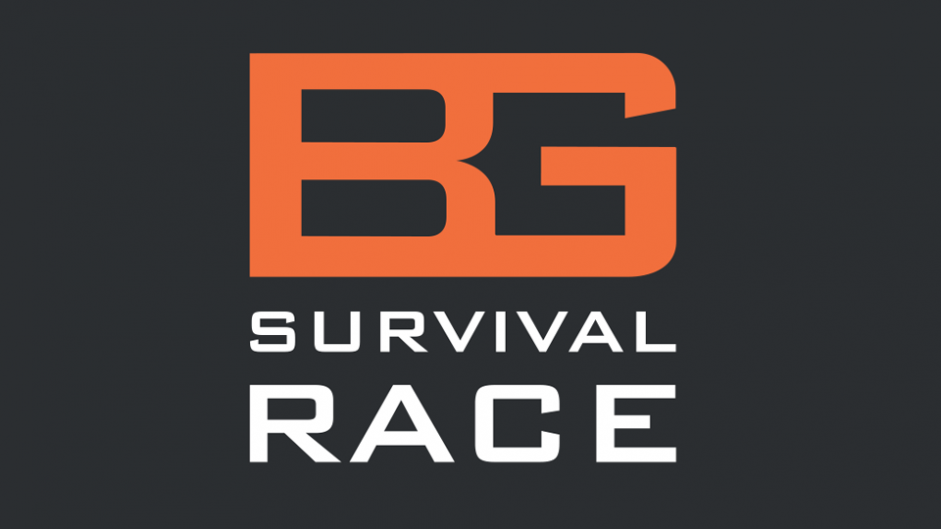 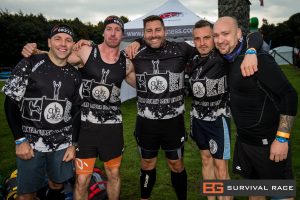 The Bear Grylls Survival Race aims to inspire people to challenge themselves in the ultimate test of physical and mental strength. The event may start with a 5K run but it finishes with you becoming the ultimate survivor!

Competitors have to endure a series of survival scenarios that Bear himself would face. The course acts as motivation, inspiring those to find their warrior spirit and become the ultimate survivor. There are over 20 obstacles and 4 different terrains to battle through, including the Jungle, Desert, Mountain and Arctic. Athletes will complete the course with an overwhelming sense of accomplishment having experienced one of the toughest endurance courses in the UK.

However, survivors will also leave with a finisher t-shirt, designed and produced by EML. The finisher t-shirt is just one of the many contributions EML has with the survival races. The races officially launched this year, with the first one in Cambridgeshire, then trekking up to Edinburgh, followed by Manchester then finishing off at Trent Park in London. The London event is a 2 day stint and looks to the biggest and best race from the series. 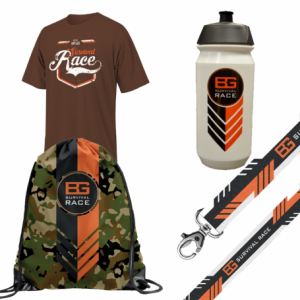 EML have curated the official BGSR merchandise, available to racers and festival goers. The event is family orientated with plenty of child based activations occurring throughout the day. With this in mind, we decided to also produce a range of kids hoodies and t-shirts. The merchandise has been significant in the overall dimension of the event, encouraging finishers to remember their heroic achievement by purchasing a momento from our merchandise stand. People are able to order their desired merch online on our web shop to wear at the event. Check out our store here.

As part of our Event Live Sponsorship division, we were also asked to arrange festival food units to operate throughout the proceedings. Again, this heavily contributed to the atmosphere and vibe generated at the event.