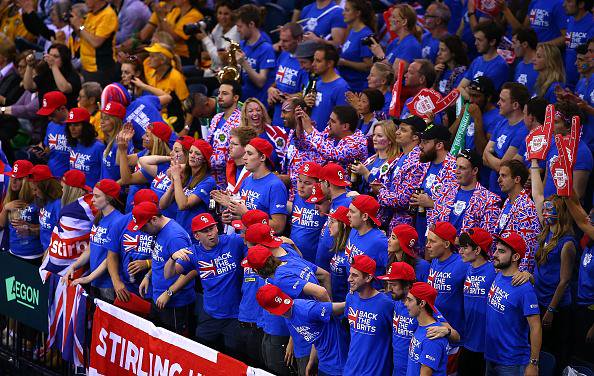 The final of the prestigious tennis tournament, the Davis Cup, took place over the weekend of 27th-29th November 2015 and culminated in Great Britain being crowned champions for the first time in 79 years, as they comfortably beat the Belgian outfit 3-1 in a best of five rubbers.

Event! served as the official merchandise supplier to Team GB and many fans in the stadium, most notably in the final weekend in Ghent, Belgium, could be seen in the Event! T-shirts with the slogan ‘Back the Brits’ and their vociferous support proved vital as the Brits won convincingly away from home.

Andy Murray, as expected, proved to be the star in Great Britain’s team, remaining undefeated across the whole of the team’s winning Davis Cup run, which included victories over U.S.A., France, Australia and Belgium.

Let’s hope that this historic story of British success continues to remain etched in our minds, through the official Event! merchandise, including the ‘Back the Brits’ T-shirts, which helped to unite people from all four corners of the British Isles.