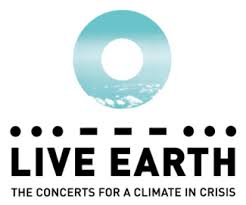 Live Earth’s 24 hours of music across 7 continents delivered a worldwide call to action and the solutions necessary to answer that call.

Event! Merchandising developed a range of environmentally friendly product to be sold around the world.

One of the product’s we created was the Live Earth belt made from London Fire Brigade’s decommissioned hose. The Fire-Hose Live Earth Belt was premiered at Live Earth London at Wembley Stadium. The environmental fashion statement represented Live Earth’s and Event Merchandising’s commitment to conquering climate change;

• The hose itself was reclaimed waste material. It is not made of virgin rubberand no energy other than elbow grease is used in its remanufacture.

• The hose was sourced in the South East of England, where the belts are assembled and sold, this means no miles and no emissions.

“We were so excited about this project – everyone won. One of our biggest and most troublesome waste streams was eliminated and the customer gets this fantastically cool and unique new Fire-Hose clothing accessory with a positive Live Earth message.” said Jeremy Goldsmith – Event Merchandising

Other product’s created were bamboo and organic T-shirts, over 50,000 were sold globally.

The biggest challenge was to create a Global Souvenir Programme featuring allthe artists. We worked 24 hours for 7 days to complete the artwork in time.

All the paper used was FSC approved and the power was generated from100% renewable sources.

The other huge undertaking was creating a Global Web shop for Live Earth,