Movie merchandise is a big part of EML’s catalogue, check out what we’ve recently produced

Lights, camera, ACTION! Grab your popcorn, sit back and read through this blockbuster blog. EML are constantly being asked to produce merchandise for mega movies and this year has been no exception.

Daniel Craig returned to the big screen late 2015 for his final performance as the iconic James Bond, or so they say. Craig stepped up for the spectacular Spectre, breaking the record as the most expensive Bond film ever made. EML were

In April, families were treated to the incredible remake of Disney’s Jungle Book, which saw stars such as Idris Elba, Christopher Walken and Bill Murray voice overs as some of the film’s most lovable characters.

Check out the bags we created for both film releases! 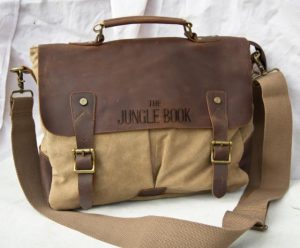