On Saturday 8th June, Summertime Ball was held at Wembley Stadium, gathering some of the biggest trending artists worldwide.

Whilst broadcasting live on Capital FM’s website and radio station, 80,000 attendees raved it up enjoying this incredible show!

Here are some of our favourite performances!

For the third consecutive year, Global Awards winner (for Best Pop) Anne-Marie joined the Summertime Ball stage. The 28 year old singer thrilled the audience with some extracts of Speak Your Mind, the biggest selling debut album of the year, including our best-loved Friends, featuring DJ Marshmello.

With over 2.2 billion views on YouTube and 40 millions singles sold worldwide, London based DJ and Producer Jonas Blue made the crowd dance. Alongside his very special guest, 20 year old singer and rising star, HRVY.

Grammy Awards Nominee Jax Jones made the audience party hard! The DJ played a set of 7 songs with the most outstanding performance being Instruction featuring Stefflon Don and a group of Brazilian dancers. The performance was one of a kind with it’s carnival vibe.

For their first show in the UK since their reunion, Nick, Joe and Kevin chose the Summertime Ball and didn’t disappoint us! With 23 million singles sold worldwide and more than 750 million YouTube views, the boys pleased all with a mix of old and new songs, and concluded by inviting the band Busted, to play Year 3000 with them.

Luke, Ashton, Michael and Calum were here to ignite Wembley stadium with their world famous  songs She Looks So Perfect and Youngblood. The Australian band sold over 11 million singles worldwide and have over 1.6 billion views on YouTube.

Certainly one of the most popular bands in the world, Maroon 5 succeeds in making all generations dance. They sung their oldest song This Love and more recent ones Girls, not forgetting Moves Like Jagger. The Crowd at Wembley Stadium and the band sang in union Alphaville’s  Forever Young.

The end of the show was totally mind blowing! Grammy award winner DJ Calvin Harris who has 10 billion views on YouTube was on fire! He played his most famous hits like Summer, We Found Love, How Deep Is Your Love and many more… 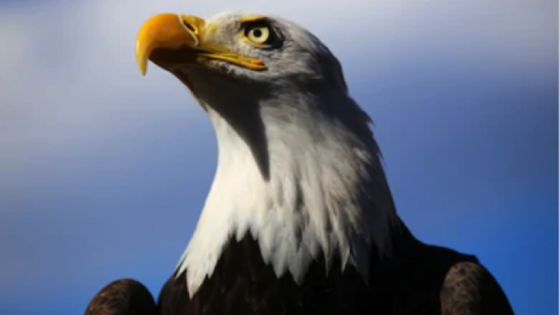 What is National Eagle Day?

National Eagle Day will take place on the 20th of June 2019 in the United States. On this day in 1782, The Great Seal of the US was adopted, portraying the Bald Eagle in the middle. This day honours and reminds people of the role that the eagle played during the history of the USA.

In addition to celebrating this symbol of the USA and the country itself, National Eagle Day is also a way to raise awareness about the Bald Eagle and the importance of preserving its natural habitat and the wildlife.

In fact, the Bald Eagle experienced a big risk of extinction in the 1950s, due to the loss of its habitat, illegal hunting and pesticides like DDT which damages their eggs.

Nevertheless, thanks to the hard work of NGO for the protection of this animal, it went from endangered in 1967 to threatened in 1995.

What does the Bald Eagle Symbolise? 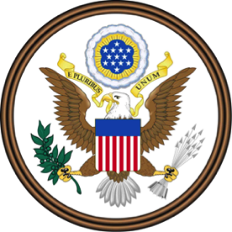 The Bald Eagle is portrayed on the Great Seal of the US holding an olive branch in one of its claws, and 13 arrows in the other.It represents the commitment that the US made towards peace and the original 13 states in the country.

The Bald Eagle is an iconic symbol in the US, symbolizing long life, strength, majesty and national pride. This bird also has an important meaning in lots of native American cultures and religion, illustrating freedom, wisdom, honesty and power.

The Bald Eagle is now depicted on the back of gold coins and American passports, amongst other goods

Opposingly, Benjamin Franklin (a founding father), wanted the turkey to become the symbol of the US. According to Franklin, the Bald Eagle is “a bird of bad moral character”. In despite of this, the congress accepted the eagle as the emblem of the US.

Although this day is not a public holiday, conservation and educational organizations will hold lectures, workshops or informative sessions, in order to sensitize about the protection of the Bald Eagle. To celebrate this day, you can wear your most beautiful outfit picturing the bird or make a commitment to help the preservation of it, by giving a donation to the American Eagle Foundation or becoming a volunteer.